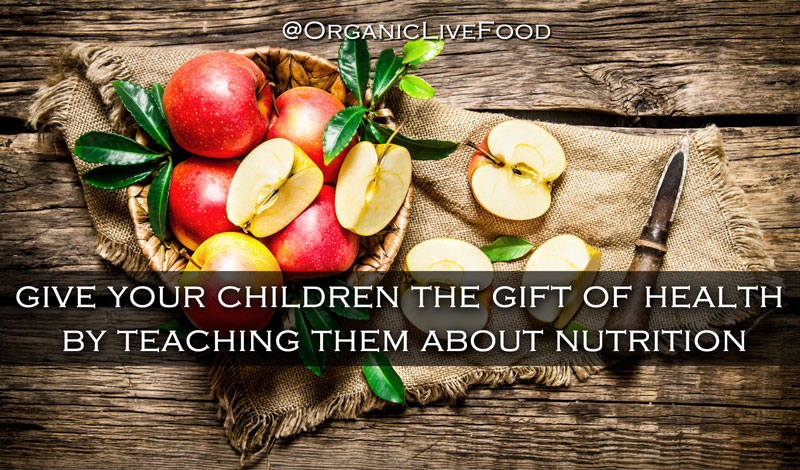 Most parents, school officials, healthcare providers and even few of the genuinely concerned members in the U.S. Congress are deeply troubled by the rising obesity epidemic among children in our country. The problem isn’t just obesity, but far worse than originally thought.

There are many contributory factors to this epidemic which can be quantified by lack of physical activity by our children, mass marketing of foodstuffs directly to the pediatric age group bypassing the consent or approval of parents, and little or no supervision by working parents over the eating habits of their kids, due to lack of time and lack of financial means as food and groceries get more expensive every day.

The shocking statistics are getting worse every year and currently more than 35 percent of American children are now considered to be clinically obese or at risk for becoming clinically obese. Since the year 2000, the statistics have become quite alarming and it seems to be get worse exponentially.

Many concerned parents are doing all they can to petition the U.S. Congress to act against marketing companies and food companies to stop targeting children and bypassing parents. But members of U.S. Congress (with an approval rating of about 9%) are belligerent and indifferent, other than to pay lip service to this epidemic when election time comes. The food corporations have hired the best lobbyists money can buy to win support of members of U.S. Congress to make sure American parents never get any help from the government to stop targeting of children with advertising of foods that we all know inherently are bad for our kids.

So parents are left on their own to deal with this epidemic caused by consumption of large amount of calorie-dense but nutrient-poor foods eaten by our children, and in many cases, even adults. Our fast-food restaurants are certainly not helping, and instead are offering the most “dead” or “toxic” foods possible. Dead or toxic foods have no nutritional value and have been electrocuted with microwave ovens that leave food with no nutrients or cheap processed foods that have little or no nutrients in the first place.

Food research studies have shown that among the most “dead” foods, are: hamburgers by fast-food restaurants, chicken nuggets, French fries, sodas, and even salads offered by these fast-food restaurants where the lettuce, tomatoes, and cucumbers have been processed so much they have no nutrients left. And of course, let’s not forget that the salad dressings are filled with sugar, salt, artificial additives and preservatives that harm your health.

But parents are not to be underestimated as many refuse to give up on the health and well-being of their children. They are taking back the control of their and their children’s eating habits.

Moms and dads have been fighting back, more and more, since 1990s to change the food habits of their children. Once food companies realized this, they started targeting children directly with advertising that is geared to them rather than their parents who buy the groceries and decide on eating out and the type of food to eat.

Marketing companies hired by food corporations counted on the fact that most children do not have the judgment or self- discipline to make nutritional choices just as a seven year old cannot be left unsupervised with a kitchen knife or a large bag of candy.

Here we have provided some guidelines in accordance to U.S. Department of Agriculture guidelines for children as well as The Journal for Nutrition Education and Behavior, and the official journal of the Society for Nutrition.

Food Categories and Your Best Choices

(With all the following food categories and choices, consult with your doctor to determine whether or not you child should have any of the following, specific to his or her conditions, if any.) 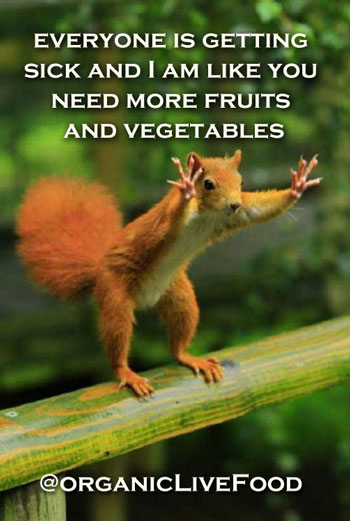 Choose vitamin-rich fresh organic fruits, such as blueberries, strawberries, peaches, mangoes, cherries, grapes, bananas, avocado, pineapples, and apples. Fruit juices should be consumed as little as possible. When offering juice, make sure it is 100 percent real fruit juice with no sugar added, and no preservatives or additives. Avoid supplement pills, as they can't give children complex combination of fiber, minerals, antioxidants and phytochemicals. Supplement pills only make you feel good and you "think" that you gave yourself vitamins and minerals. But you didn't and instead put some excess stress on your liver to release enzymes for digestion of the pills.

Ideally use organic whole or multigrain flours. Grains diet can include: whole-grain breads, oatmeal, whole-grain low-sugar cereals, and whole-wheat pasta. Avoid white bread, white rice, and brown rice. Although brown rice is nutritious, almost all brown rice worldwide is contaminated with arsenic which is known to cause cancer (bladder, kidney, lung, skin, and, less consistently, colon, prostate, and liver cancer), as well as many other serious health problems. The highest levels of arsenic (in all forms) in foods can be found in farmed fish, white rice, brown rice, rice cereal (and other rice products), mushrooms, and poultry. FDA admitted after years of denying that there is quite a bit of arsenic in poultry as nutritionists had been disclosing for more than 15 years while during the same period, FDA was denying it. Finally, just recently, FDA admitted that there is arsenic in the poultry distributed and sold in United States. Even worse, the FDA says its own research shows that the arsenic added to the chicken feed ends up in the chicken meat where it is consumed by humans, hence causing cancer. FDA has however, confirmed that arsenic is a carcinogen and causes cancer and other illnesses.

No more than two servings per week, ideally no more than 2 ounces per serving, of lean organic beef or lamb. Four servings of beans per week (variety is preferred), and three servings of wild fish (halibut or salmon). Avoid farmed fish, despite their expertly worded marketing promotions. Farmed fish has 10 times as much contaminants and carcinogens and is high in arsenic and mercury. The problem with farmed fish is not the fish itself, but the food they feed the fish with. The fish food is highly toxic and is filled with carcinogens and somehow (to everyone’s surprise) filled with pesticides and antibiotics.

Reduce consumption of dairy as much as possible, ideally to no more than 2 servings per week. Serve 2-3 ounces (per serving) of organic whole milk (yes correct, whole milk). Low-fact and non-fat dairy, such as low-fat milk is less healthy than full fat milk, the same with cheese, yogurt, ricotta, etc. There are bioactive substances in the whole milk fat that facilitates our metabolism to utilize the fat and burn it for energy, rather than store it. Various studies (including publications in Archives of Diseases in Childhood, a sister publication of the British Medical Journal) have concluded that children consuming low-fat milk are more likely to gain weight over time. Organic whole milk also contains beneficial omega-3 fatty acids, and even better news is that it has high omega-3 and low omega-6 ratios, which is the beneficial ratio between these two essential fats. Additionally, researchers from Harvard School of Public Health and Brigham and Women's Hospital and Harvard Medical School, Boston conducted a study (published in the journal Human Reproduction) which concluded that eating low fat dairy food every day can reduce a woman's fertility by affecting ovulation. The study showed that women who ate more than two portions a day of low fat dairy foods were 85 per cent more likely to be infertile due to ovulatory disorders than those who only ate it less than once a week. Low-fat milk and non-fat milk are processed again and again until they have lower saturated fat, but that leaves them with high concentration of containments from chemical processing.

Ideally use monounsaturated oil, such as grape seed oil or olive (preferably extra-virgin). Coconut oil is high in saturated fat but still preferable to canola or safflower oils. Make sure the oil you purchase for your family is hexane-free and organic (i.e. without chemicals, pesticides, herbicides, or containments). Unfortunately, most canola oil and safflower oil you would find these days are non-organic and contain chemicals or they are GMO (genetically modified). Moderate consumption of oils provide vitamin E for healthy skin and the development of cells.

Avoid or drastically limit consumption of sugary cereals, fatty muffins, donuts, cakes, and candy as much as possible.

Sodas are nothing but sugar water. Almost everyone knows that soda has no nutritional value and is devoid of any nutrients and it leads to obesity and diabetes. But there many other disturbing facts about what soda does to your body, whether it's the side effects of sucralose and other artificial sweeteners or ingredients that can lead to memory loss. Danish researchers and others soon afterwards, discovered that drinking soda leads to dramatic increases in fat buildup around your liver and your skeletal muscles, both of which can contribute to insulin resistance and diabetes. The study revealed that people who drank soda every day for six months saw a 132 to 142 percent increase in liver fat, a 117 to 221 percent jump in skeletal fat, and about a 30 percent increase in both triglyceride blood fats and other organ fat. Their consumption also led to an 11 percent increase in cholesterol, compared with the people who drank other beverages such as water or milk. Purdue University scientists concluded, after reviewing 26 health and diet studies, that diet sodas with their artificially-sweetened additives were actually even worse than regular (sugar added) sodas, increasing the risk of obesity, metabolic syndrome and Type 2 Diabetes - even more than regular sodas did.

In addition to food categories, choices, what to eat, and what to avoid – it is also important to consider how much our children eat and what is an appropriate portion is, even at an early age. Here we have provided a guideline which you can use to discuss with your pediatrician or family doctor.

Generally, preschoolers need 1,000 to 1,300 calories per day, which is about six small portion meals divided evenly throughout the day.

Five to twelve years olds need about 1,300 to 18,000 calories a day, and more if they are active in sports such as soccer and football and hockey. If they are however less active, then their calorie intake should be about the 1,300-1,400 range.

Age range of 13 to 17 years olds need about 1,500 to 3,000 calories depending on how active they are. Generally, teenagers need more calcium, magnesium, lots of vitamin C and protein – often more than what they consume. Unfortunately they tend to eat more carbs and fat since foods that are being marketed to them is more carbs and sugar and less protein and nutrients because carbs and sugar filled foods are much cheaper to produce and sell and make lots of profit on than good nutritious foods.

In addition to the type of the food, and the portion size, it is essential to think about the quality of the foods our children consume. Ideally, as much as possible, try to purchase USDA certified organic foods since they are made free of pesticides, herbicides, harmful chemicals, and carcinogens.

Organic food is slightly more expensive and sometimes people do not have easy access to organic foods (whether grocery stores or restaurants) in certain locations in the country. But as much as you can, you should try to eat foods that do not have nasty chemicals used in the soil or during harvesting.