How transgenic goats could be used for treatment of hemophilia

Transgenic animals can produce recombinant protein for treatment of hemophilia: 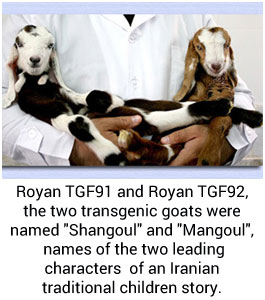 According to researchers, hemophilic factors produced by transgenic livestock can enable alternative therapies worldwide. Recently, the Medical and Scientific Advisory Committee (MASAC) of the United States National Hemophilia Foundation recognized that transgenic animals could successfully produce recombinant protein for treatment of hemophilia. They also suggest that manufactures should try to use less expensive methods such as the use of transgenic animals for treatment of hemophilia. “It is clear that alternative delivery methods that dramatically improve the ease of treatment and quality of patient life, particularly for children, will be feasible if an abundance of haemophilic factors becomes available. This may apply even more strongly to locations where patient care and compliance are more challenging due to economic conditions” says the leading author of the study Dr Van Cott.

In another 3 years research on transgenic animals, researchers used transgenic goats that contain coagulation factor IX in their milk for treatment of hemophilia. According to researchers, “producing drugs in transgenic livestock milk is an economical and cost benefit method since the expenses are much less than producing the same drugs in laboratory by tissue culture methods”.

“In this project we tried to produce this protein by transferring the related gene from human liver cells to the goat embryonic fibroblasts. The embryos were then transferred to the recipient goats. Different tests such as PCR have confirmed that the goats born from these embryos contain the gene in their cells and can secrete the protein in their milk” say researchers.

Other recommendations for hemophiliacs: