“Food medicine” makes no money for drug corporations, and it is far more effective in prevention of chronic illnesses for individuals 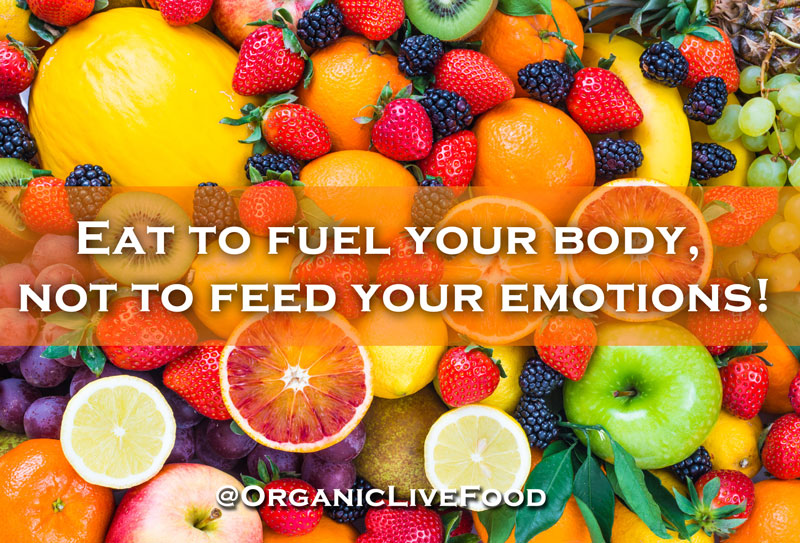 Every day, research studies are being released that illustrate the benefits of eating whole foods, raw foods, and so called “live” foods – and at the same time such studies conclude that processed foods, excessively cooked foods, are, at the very least, partly to be blamed for many chronic illnesses among our population today.

So called “live” foods are basically foods that have their enzymes still intact and have not been tampered with through cooking, or other means of changing its molecular structure or depriving it of its nutritional value (phytonutrients) or its antioxidants.

Processed foods and excessively cooked foods are to blame for many of the chronic diseases and illnesses which often result in cancer cell developing and flourishing in the body until they start to take over weakened organs.

One debate that is long over among scientists is the effects of antioxidants and its long proven benefits against cancer cells.

Here’s what the scientific community agree upon:

>> Antioxidants block the activity of chemicals known as free radicals. Free radicals are highly reactive and have the potential to cause damage to cells, including damage that may lead to cancer.

>> Although free radicals are formed naturally in the body, most often environmental toxins in the air, food, or water may contain high levels of free radicals which stimulate the body’s cells to produce more free radicals and ultimately result in production of cancer cells.

>> According to researchers, on a daily basis somewhere between 10,000 to 100,000 (depending on diet, how much oily foods people eat or method of food preparation) free radicals are attacking our living tissues and cells.

>> Antioxidants are made naturally by the body or can be obtained from external sources, including the diet and dietary supplements – and they fight off free radicals.

>> Scientific research based on laboratory and animal research has shown that diet-based antioxidants can help to prevent the free radical damage associated with the development of cancer. 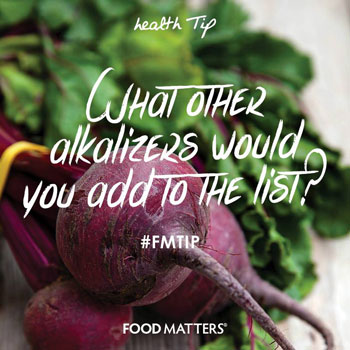 The living foods have their enzymes intact, which also help with digestion and absorption of nutrients and they often offer high amounts of antioxidants to fight off free radicals while reducing the pH balance of the body and lowering our body’s acidity levels (i.e. making the body more alkaline).

This is quite significant because the metabolism of cancer cells has a very narrow pH tolerance for cellular proliferation (mitosis), which is between 6.5 and 7.5.  As such, if you can interfere with cancer cell metabolism by either lowering or raising the internal cancer cell pH, you can theoretically stop cancer progression.

One ideal scenario is to eat more alkaline foods, such as ‘live’ foods since an alkaline diet based on raw vegetables and fruits can create a less-than-optimal environment for cancer proliferation, while at the same time strengthens the body’s immune system and supports the body’s healthy cells.

The alkaline diet, primarily based on plants and herbs AND avoiding sugar, dairy, wheat and other high-gluten grains as well as an excess consumption of fruits, while emphasizing fresh organic vegetables and vegetable juices along with cruciferous vegetables and greens, changes the body's intracellular pH to come close to the ideal blood pH levels that use nutritional mechanism to move the internal cancer cell to a level that shortens the life of the cancer cells.

Today, cancer cure is still far more profitable than cancer prevention and hence more than 90% of the scientific community and academic studies seem to focus (research money) on cancer cure research, or genetic aberrations as cause of cancer, or implications for therapeutic approaches – Instead of research being devoted to cellular metabolism of glucose fermentation, or anaerobic metabolism of cancer cells, or effects of oxygenated cell membrane, or lack of oxygen, calcium, or potassium at cell level that may contribute to growth of cancer cells.

We conclude that research studies on cause of cancer are indeed more profitable for universities and research academia especially since most of these research funds come from prescription drug companies but we as we all know prevention is far less painful than cure for most people.

Let your food be your medicine. Eat healthy, ‘live’, and nutritional foods, and reduce or prevent cancer from ever developing in your body. Augment your diet with relaxation, love, friendship, and joy – and not only you will live long without pain and suffering from chronic diseases, … you will live happy.