Despite the environmental and health risks associated with fracking, hydraulic fracking is becoming more and more popular in US. According to a 2015 report, there are more than 680,000 waste injection sites and 1.7 million fracked wells across in America, with most of them in the States of Texas, Kansas, North Dakota, Colorado, West Virginia, Pennsylvania, and Oklahoma.

A report by EPA shows that there are over 700 chemicals used in fracking and in each fracking job, the average number of chemicals additives are about 14. Some of the dangerous chemicals and toxins used in hydraulic fracking are heavy metals such as arsenic, cadmium, chromium, lead, radon, Uranium-238, Radium-226, Naphthalene, sulfuric acid, Crystalline silica, formaldehyde, hydrogen fluorid, methanol, and BTEX compounds – benzene, toluene, xylene, and ethylbenzene. These chemicals are so toxic that exposure to them at high concentration could result in blindness, asthma, shortness of breathe and even death.

Here are the top reasons why fracking is bad for your health as well as the environment:

1. Fracking uses a cocktail of chemicals toxic to your health and the health of livestock: 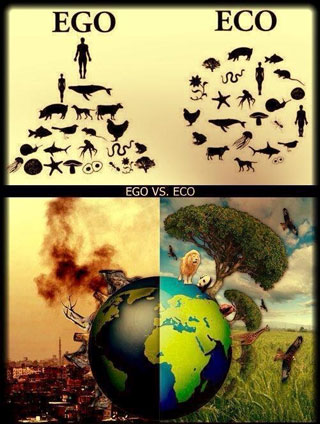 As mentioned there are over 700 toxic chemicals and carcinogens that are used in fracking including lead, mercury, formaldehyde, benzene, uranium, radium, methanol, hydrochloric acid, and ethylene glycol. Research shows that over 130 of these chemicals are endocrine disruptors and are linked to obesity, cancer, infertility, birth defects, and miscarriages. Fracking has been banned in the State of NY since it can cause various health and environmental issues. According to officials “potential health and environmental impacts are too great to allow fracking to proceed in the state of NY at this time”.

In addition to various health and environmental issues, fracking also hurts animals and livestock. According to a report by Impacts of Gas Drilling on Human and Animal Health, “Animals can nevertheless serve as sentinels for human health impacts. Animals, particularly livestock, remain in a confined area and, in some cases, are continually exposed to an environmental threat”. Reports have also shown that many farmers in North Dakota, Colorado, or West Virginia who have lived close to fracked wells have become seriously ill or their livestock have died suddenly.

Methane is a natural gas that leaks during fracking. Keep in mind that methane gas traps 86 times more heat than carbon dioxide and can contribute to temperature rise and extreme weather. As former special envoy on climate change John Ashton says: “You can be in favor of fracking, and you can be in favor of tackling climate change, but you can't be in favor of both.” According to a recent study, fracking is far worse than mining coal for climate change. “The greenhouse gas footprint for shale gas is greater than that for conventional gas or oil when viewed on any time horizon, but particularly so over 20 years. Compared to coal, the footprint of shale gas is at least 20% greater and perhaps more than twice as great on the 20-year horizon and is comparable when compared over 100 years. These methane emissions are at least 30% more than and perhaps more than twice as great as those from conventional gas. The higher emissions from shale gas occur at the time wells are hydraulically fractured – as methane escapes from flow-back return fluids – and during drill out following the fracturing” Researchers say.

Keep in mind that more than 72 trillion gallons of water is required to run fracked wells. Fracking ends up depleting trillions of gallons of water from the surface and disrupting the natural water cycle. More draught and desert and less rain clouds and trees are consequences of fracking. Statistics show that there are more than half a million active fracked wells in America that would need 400 tanker trucks to carry water to fracked sites and that involves 200 million tanker trucks pumping tons of Carbone dioxide into the atmosphere.

4. Fracking pollutes and contaminates the groundwater

In fracking, water, a cocktail of toxic chemicals and sand are injected deep under the ground in order to extract natural gas. Keep in mind that 40,000 gallons of 700 toxic chemicals are used in fracking of each well. These chemicals are highly toxic and carcinogenic and only 30% to 50% of these chemicals are pumped out of the well and the rest are left in the ground.  According to a recent report in Pennsylvania (one of the major fracking sites in the country), there have been over 243 cases of water contamination in 22 different counties.

In California (which is having one of the toughest draughts in the country), billions of gallons of fracking waste has ended up contaminating the aquifers that are used as reserves for drinking water. According to the state documents obtained by the Center for Biological Diversity “Almost 3 billion gallons of oil industry wastewater have been illegally dumped into central California aquifers that supply drinking water and farming irrigation”. In another incident, fracking was linked to groundwater contamination in Wyoming. There also have been many studies linking fracking to ground water pollution.

In areas where residents live close to fracked well, the air is contaminated with toxic chemicals and sand. According to researchers, those who live within half a mile from oil or gas wells are at higher risk of lung cancer or birth defects. Air samples taken near fracking sites have shown dangerous level of benzene in the atmosphere. The smog emissions near the fracked wells harm the air quality as well. The sand which is driven from silica in sand mining operations in Minnesota and Wisconsin can cause respiratory problems. According to Environmental Working Group, "Silica can impede breathing and cause respiratory irritation, cough, airway obstruction and poor lung function. Chronic or long-term exposure can lead to lung inflammation, bronchitis and emphysema and produce a severe lung disease known as silicosis, a form of pulmonary fibrosis. Silica-related lung disease is incurable and can be fatal, killing hundreds of workers in the U.S. each year."

7. The wastewater from fracking wells is used as water supply for agricultural crops

Keep in mind that the wastewater from fracked wells is being used for crop irrigation. Often times, the treatment of wastewater for removing toxins, carcinogens and dangerous chemicals is insufficient and the water isn’t being properly tested for presence of chemicals used in fracking. Toxic wastewater is one of the ways that heavy metals and toxins find their way into our soil, water and food supply.

Noise, light, and toxic chemicals of fracking contaminate the aquifers and threaten the wellbeing of wildlife and endangered species. Toxic wastewaters from fracking are being allowed to be dumped into federal waters in the Pacific Ocean.  Have you seen the ocean in California lately? The ocean seems pretty pissed off with us human beings. Did you know that a huge floating plastic debris (the same size of Alaska) exist deep within the Pacific Ocean?

9. Fracking is dangerous (fracked wells are susceptible to explosion)

Fracking wells could be dangerous and explosive because of high levels of methane gas trapped inside the well. Most fracked wells leak methane and can make the water pretty flammable. According to researchers at Alberta, fracked wells leak as high as 60% as they age. In Denton Texas, one of the EagleRidge Energy’s wells blew up for over 14 hours releasing thousands of gallons of toxic wastes and chemicals into the atmosphere.

10. The hidden costs of fracking (wastewater and chemical spills, economic inequality, exploitation of workers, devaluing your house, and crony capitalism, and monopoly) 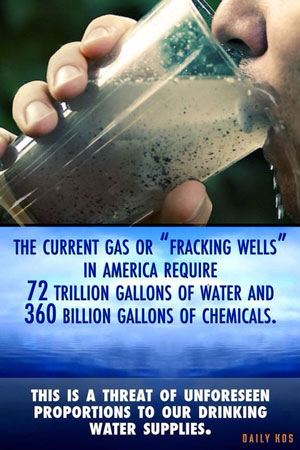 There are very few regulations on the gas and oil industries and most often they are not held liable for the environmental catastrophes that they cause such as wastewater or chemical spills. In fact, giant gas and oil companies receive million of dollars of tax breaks and our tax dollars are used to clean up their toxic chemical spills. Some of the hidden costs of fracking are as follows:

>> Exploitation of workers which are usually immigrants: Fracking industry exploits the immigrant workers who are not paid properly and often have to work in unsafe conditions. Most fracking companies look for undocumented workers or people on work visa to do the tough labor work. Their objective is to hire people who don’t have a lot of choice to work somewhere else. The labors are often underpaid and have to work in unsafe condition and if they object, they are left with threats of deportation or discontinuation of their work visa.

>> Exploiting poor communities: States like Pennsylvania with thousands of fracking wells have pushed homeless and poor people out of their communities and fined those who refused to leave their homes. The poor communities are the most vulnerable since the cost of moving them is as high as $8,000 to $10,000. In fact, in Jersey Shore, Pennsylvania, 32 families who had settled their trailer in a park were evicted when a fracking company known as Aqua America, bought the land from the city. They were only offered $1500 to move, which is not nearly enough for moving. When the 32 families refused to move, the state police were called to arrest anyone who refused to leave.

>> Fracking benefits the top profiteers and manufactures and not the workers: Most of the profit of fracking goes to the pockets of the very few who are not exposed to a cocktail of toxic chemicals like benzene. Most of the time, the workers who are exposed to toxic chemicals end up having many health issues and are not fully compensated. Although fracking is hugely profitable for the manufactures, workers are usually underpaid and have to work long hours.

>> Fracking devalues your property: Exxon is one of the companies heavily involved in farcking. Interesting enough, Exxon CEO Rex Tillerson became a protester when he found out that fracking was about to happen next to his home. According to readersupportednews, “his attorney, Tillerson said he wasn’t concerned about the environmental impact, but rather the impact to his property values”.

>> Fracking represents crony capitalism which is a government in the hands of few: Every year, farcking companies spend millions of dollars to buy elected officials from major parties (democrats or republicans) to keep a blind eye on the growing health and environmental issues of farcking. These so called elected officials give fracking and oil companies monopolies and huge tax breaks. We the tax payers, end up paying for the environmental disasters that these corporations cause. Hidden costs associated with farcking are huge and end up making these corporations too big to fail or too big to jail. You will be surprised to know that while climate change poses the biggest threat of the 21st century, some states like Oklahoma or Arizona are penalizing home owners for using solar installation on their roof. The ban is the result of Koch Brothers-funded American Legislative Exchange Council (ALEC) with the purpose of giving oil and gas companies a monopoly on residential areas.